Technologies that have proved useful in the northern Gulf of Mexico could migrate south (Image credit: sshepard)

Mexico’s decision to end a 77-year state monopoly on oil production is starting to pay off, with 17 foreign companies involved in the latest round of bids for offshore blocks. Italy’s Eni was one of three winners in the second round of auctions, held in September, for shallow-water fields. Some 33, mostly unexplored deepwater blocks are slated for auction in the next five years; the Mexican government believes they could hold as much as 8.9 billion barrels worth of oil resources, according to EY consultancy.

Alfredo Alvarez, energy sector leader for EY Mexico, told Upstream Intelligence the deepwater fields in Mexico had the potential for the same levels of productivity and profitability as those to the north.

“The deepwater fields that are going to be put into production in Mexico are the elite fields. They are probably the best in the world right now,” he said.

Deals were completed for only two of the 14 blocks on offer in the first auction in July – and both of them to the same consortium consisting of Sierra Oil and Gas of Mexico, Talos Energy of the US, and Premier Oil of the UK. Following that initial disappointment, the National Hydrocarbons Commission approved a series of changes to the auction procedures and contract terms.

Blocks 1, 2 and 4 were awarded in the September round of auctions (Image credit: Mexican National Hydrocarbons Commission)

“You have Iran launching its own bidding process, so Mexico is aware that it has to be attractive to win,” said Alvarez. “If these auctions were being held four years ago, Mexico maybe would have been very arrogant and got very good bids; nowadays Mexico has to be conscientious and try to put the correct terms to get the bids. Now they have decreased the number of blocks but increased the size and the research information, so they will be much more attractive.”

Many of the independent firms operating on the US side of the GoM have opened offices in Mexico City. Meanwhile, BP and other majors have made no secret of their intention to focus their upstream businesses around long-term, high-return assets – the likes of which can be found in the deep waters of the southern Gulf of Mexico.

As Jim Crompton, managing director of Reflections Data Consulting and an expert on the rise of the digital oil field, told Upstream Intelligence, technologies developed in the northern part of the Gulf have prepared operators for more efficient production in southern waters. Output from deepwater fields in the northern GoM overtook that of shallow fields in 2000.

“The deeper the water, the larger the operator, and the more they’re going to try to emulate the success of digital technology in the US. I think digital is going to play a substantial role. The technology in use in the Bay of Campeche [at the extreme southern end of the GoM] now is very old. It gives Mexico the opportunity to leap ahead 20, 30 years,” Crompton said.

The most significant savings will be made to operational expenditure and operational effectiveness. As with greenfield developments elsewhere, better means better well integrity and flow assurance.

The US Energy Information Administration increased its outlook for Mexican oil in its 2014 report, based upon the assumption that reforms will succeed.

Energy reform is at the centre of attempts by the government of Enrique Peña Nieto to overhaul the economy, attract greater foreign investment, and generate more jobs, according to a paper by the US Congressional Research Office.

The impact of offshore production on employment will depend largely on how operators and regulators answer the following questions, posed by Crompton: “Do they build for fewer people offshore? Do they follow the reduced manning of [operations in] Norway and the US? Can you substitute for people with information gathered from the operations and beamed to onshore control centers? And will those centers have to be in Mexico?”

As Mexican deepwater production grows, the region could also contribute solutions to two key issues for the future of the digital oilfield.

The first is whether the chief human decision-maker should be situated on the floating production platform or in the onshore control room. One school of thought says it is better to have them close to the action where they are aware of events that are not being recorded digitally and are able to use their situational awareness and their engineering experience. The other says the decision maker is more capable of exercising judgment when far away from the distractions of the offshore environment.

“The culture still says to put the decision-maker offshore with the support people onshore. It depends on how much automation and how much remote control you want to do,” Crompton said.

A second issue is the degree of trust operators are willing to place in statistical – as opposed to physics-based – models.

Crompton said: “If you go to some of the process-control and equipment-health systems, they are more statistics than physics-based models, so how much should you trust systems that are data driven? The traditionalists say that if you can’t trace your model back to a physics-based way of understanding the process then you don’t understand what the statistics are telling you.

“There’s a third camp that says trust your eyes and ears, the experience-based ones – but unfortunately the industry is starting to run out of those people.” 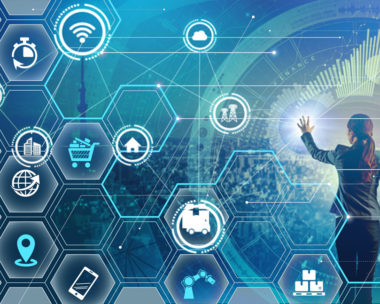 Send Us a Message

An email and phone call from one of our representatives.